Why Are They Punishing Me? Gun Control: Pragmatism, Not Punishment 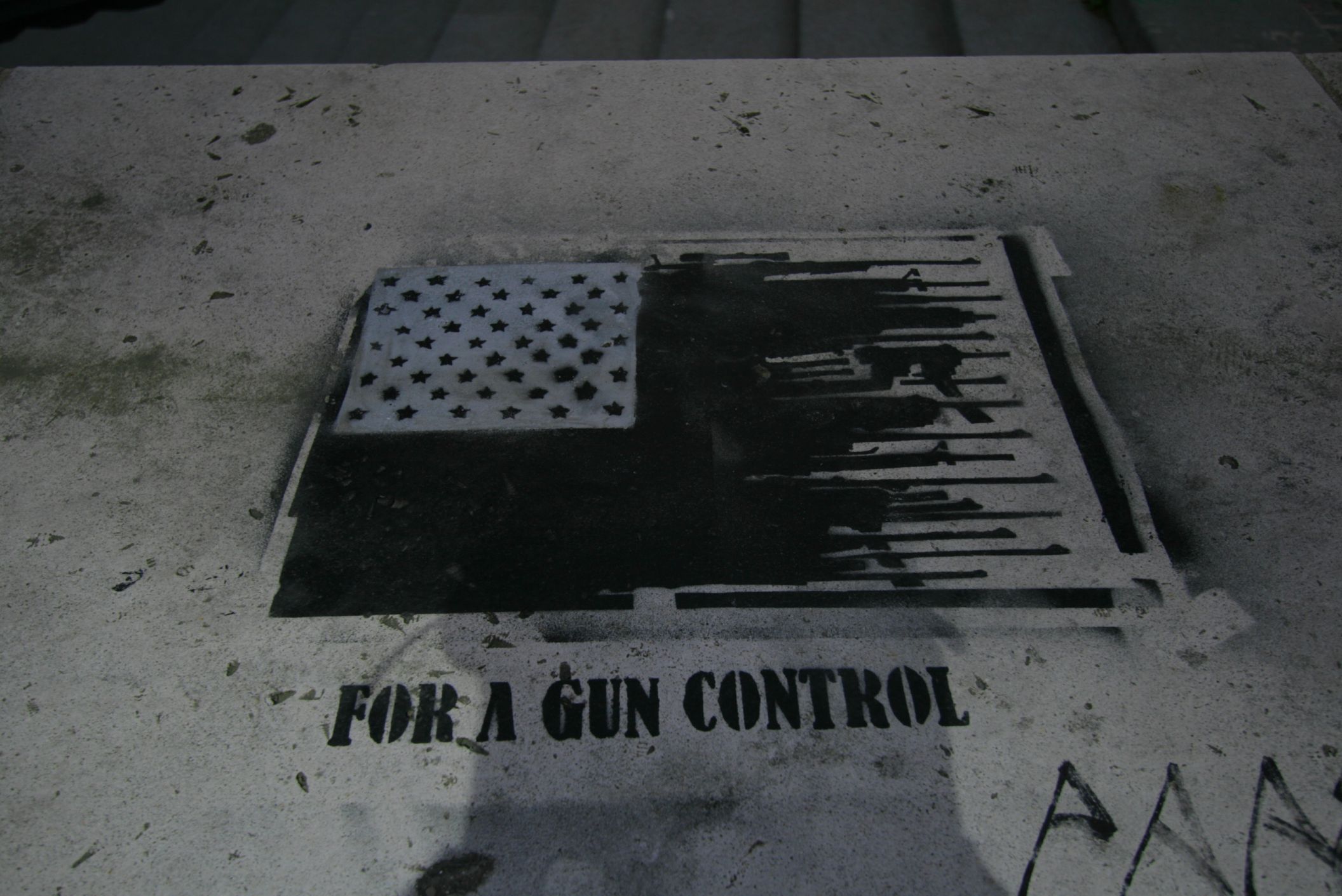 Why Are They Punishing Me?

There is this tenacious, although misinformed, belief among gun advocates that gun control regulation represents a form of “punishment” inflicted upon law-abiding citizens for the acts of criminals.  This sentiment is often expressed as such:

They could pass a gun control law a day from now throughout eternity and it would not prevent another mass shooting. Yet, their solution to a problem they cannot fix is to attack the law-abiding citizens and punish them for crimes committed by others.

This argument ignorantly presumes that regulation of any kind is necessarily a form of punishment, when, in fact, such restrictions are simply the transaction cost of living in a society.  Furthermore, it presumes, without evidence, that any regulation will fail because it won’t be followed by the very people for whom the law was designed.  These perspectives are not only naïve, but dangerous.

There is a substantive difference between a punishment and a restriction.  A punishment is a specific cost applied to an individual as retribution for an offense.  A restriction is a limiting condition designed to prevent a future harm.

My computer, for example, restricts me from deleting files with a single click.  It is designed to minimize the risk of accidental deletion.   It might even be inefficient to design an operating system like this—it does, after all, add another step in the process of deleting an unwanted file.

If you are committed to deleting files with a single click, there is nothing to stop you from modifying the default settings to allow you to do so.   However, nobody would argue that the mere capacity to bypass such restrictions makes them pointless—on average, such restrictions help people avoid the type of mistakes worth avoiding.

In other words, restrictions of this sort are valuable insofar as they prevent people from making mistakes that could hurt themselves and others.  You wouldn’t, for example, want your child accidentally deleting files when using your computer.

That you may be frustrated by the inability to purchase an operating system with single-click deletion does not mean you have a legitimate basis to interpret those feelings as punishment.    If that is the case, you are simply looking for reasons to be offended.

As we will see, gun control regulation in the form of waiting periods, stricter licensing requirements, lock-box stipulations, and so forth, are restrictions designed to minimize the probability of a mistakes from occurring.  If these regulations are decried as punishment, then they are not a punishment in any sense worth worrying about.  After all, their goal is to improve the safety of everyone living under such regulations.

Now that we have moved from understanding gun control as a restriction instead of a punishment, we should address a claim that such restrictions are “draconian” and “unethical” because they punish activity before it happens.

In the gun control debate, you often hear an argument of the following form:

Essentially, we should not have laws that ‘criminalize’ an activity that is only potentially harmful.  Gun control regulations such as lock-box requirements or waiting periods, are apparently unique in this respect in that they “only harm law-abiding gun owners while doing nothing against gun criminals, since their actions are already prohibited by our laws against harmful behavior (rape, murder, etc.)”

Does this argument hold water?  Consider banking and securities regulation that, for example, force banks to undertake costly auditing and filing procedures.  Though such regulations impinge on the freedom of banks, they are not a “punishment” because regulators don’t believe the banks have done anything wrong.  Legislators just want to minimize the risk of bad actors behaving poorly.   It is the case, as we have seen before, that actors who are committed to acting maliciously can bypass such regulations in such a way that laws “only harm law-abiding banks while doing nothing against bad banks, since their actions are already prohibited by our laws against harmful behavior (fraud, insider trading, etc.).  But this says precisely nothing about the empirical question of whether or not, on average, such laws incapacitate, deter, and reduce bad actions.

There are other examples, of course.  Consider stop signs or “texting while driving” laws.   Do these laws punish individuals for the bad behavior of the few?  Again, no. Such laws restrict certain types of activity to incentivize socially-optimal behavior.

It seems clear that, because it is impossible to pre-screen the responsible adults who can drive without the burden of stop signs or, apparently, focus on the road, we should have such laws to mitigate the risk of irresponsible actors behaving badly.  Though these laws will not prevent ALL people from running stop signs or texting while driving, they do deter enough people for it to produce empirically observable effects on public health.  That is enough of a reason to justify such policies.

Gun advocates view gun control as “punishment” largely because they believe it doesn’t work; if they did, they would be far more reticent to argue that “criminals don’t follow laws.”  After all, I rarely hear people argue that “drunk driving” laws punish law-abiding citizens who can responsibly drink and drive.

The belief that gun control doesn’t work can be superficially refuted by pointing to any one of the case-control studies that show, domestically and internationally, basic gun control policies save lives by decreasing the risk of homicide, suicide, and accidents.

Just because a criminal doesn’t follow one law, doesn’t mean he won’t follow ANY laws.   If that were the case, it would be impossible to regulate criminal activity ever, and progress could only be made in society by warehousing criminals indefinitely (with apparently no legal basis to do so, because we wouldn’t have laws on the books in the first place since criminals don’t follow them!)

Will all “bad guys” be deterred by gun control regulation?  No.  Will some “bad guys” be effectively persuaded to abandon guns because of the legal cost associated with using a gun in the commission of a crime?  Yes.

Given this fact, what reason do gun advocates have for believing that laws which improve overall societal well-being are a form punishment, especially when such laws protect the very people who lobby against it from homicide, unintentional shootings, and crime.

Not All Gun Control Targets “Criminals.”

Two categories of gun deaths, suicides and accidents, are completely ignored by the “criminals don’t follow laws” and the “stop punishing me” argument.  The point of laws isn’t just to regulate the activity of criminals: it also protects you from temporary lapses in your own and other’s judgment.

Should we be indifferent to the mental health of large segments of the population who, during transient periods of impulsivity, use a firearm to end their life?  These are the same people, mind you, who undoubtedly provide services in valuable occupations such as teachers, firefighters, policemen, and soldiers, making life safer and easier for gun advocates.

We know, factually, that suicide is not an inevitable outcome.  We know, factually, that laws mandating safe storage practices and waiting periods can decrease the suicide rate.  There is little overlap between people who commit suicide and people who violently commit crimes.  So, who exactly is getting punished by laws targeting non-criminals, designed to prevent suicides and save lives?

Take unintentional shootings and self-injuries, for example, the bulk of which are caused by people who are not substantially different from us.  What possible reason could there be for resisting attempts to minimize accidental death?  After all, drivers involved in motor vehicle accidents are more likely to have a criminal record than regular citizens, but that doesn’t stop public health professionals from designing safer roads, advocating seatbelts and airbags, and so on, in order to dramatically reduce motor vehicle injuries.

Could you argue that seatbelt laws “punish” law-abiding citizens who drive their car safely?   You could, but my question for you is how far down the rabbit hole are you willing to go?  Do laws which prevent the carrying of a firearm on an airplane, punish law-abiding citizens who want to defend their family against terrorism?  Do discharge ordinances that prevent people from recreationally shooting their gun in the air punish people who are just trying to emulate their hero, Yosemite Sam?   At what point does it become okay to acknowledge that not everyone in society is so fantastic at making the right decisions as you are?  That it might be better for the sake of the society to regulate potentially dangerous activity to save everyone from people with poor discretion?

Perhaps your response to suicide and accidents statistics is something along the lines of:  “why should I be punished because someone else wants to commit suicide?” or “Why should I be punished because of someone’s inability to parent?”  This visceral, hateful response is something I fail to appreciate; I cannot relate with nor identify with the values of someone who believes they exactly zero obligation to their neighbor.  I simply don’t think you deserve to belong in a community you believe you have no responsibilities to.

To be clear: laws are about building our better selves into the social institutions that govern behavior.  We know there are far too many unintentional deaths from gun use, perfectly avoidable suicides that could have been prevented through waiting periods, criminal theft of firearms that can be prevented with lock-box requirements, and so on. If we are interested in producing a society that isn’t constantly vulnerable to the moment-to-moment failures in the judgments of its members, we need to invest in reasonable restrictions to minimize the impact of accidents.  This is not punishment, it’s pragmatism.

First Share
Previous Post Having a Gun in the House Doesn't Make a Woman Safer
Next PostMore Guns, More Suicides - The Vicious Relationship

Having a Gun in the House Doesn't Make a Woman Safer
80 Comments
More Guns, More Suicides - The Vicious Relationship