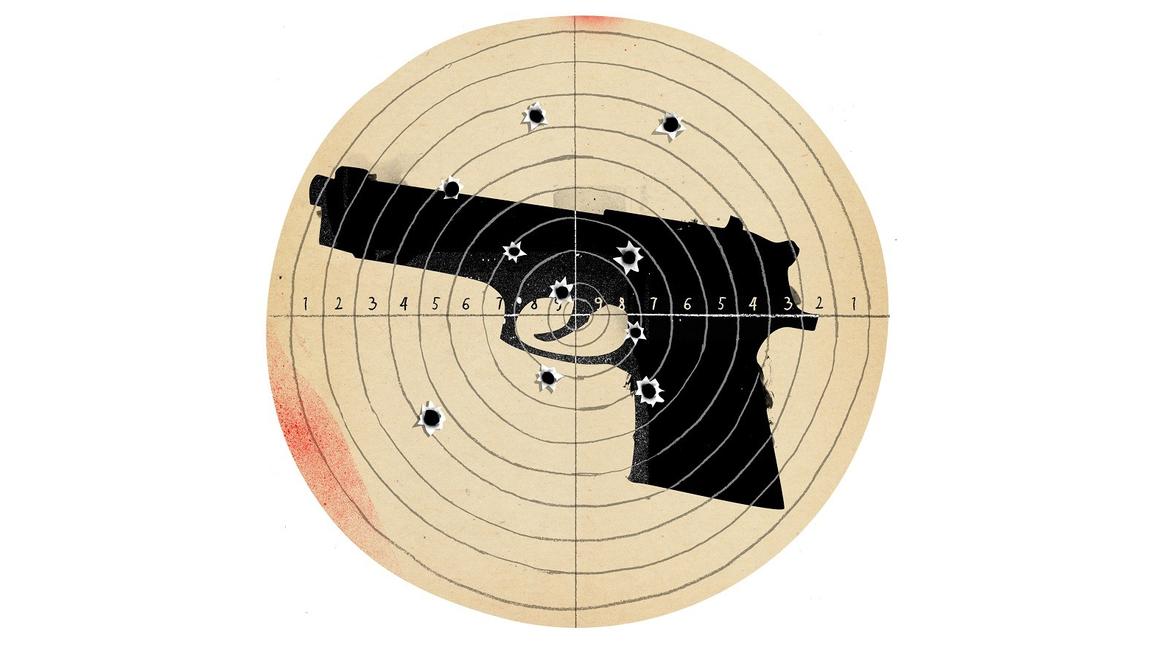 The National Rifle Association and its allies have their post-shooting routine down cold. They wait a day or two and then respond with a blistering array of attacks against gun-safety advocates calling for reform. No matter what the circumstances — a husband and wife at a Christmas party, a deranged teenager at a movie theater, or a sniper targeting police officers at a peaceful demonstration — they make the same points, which, unsurprisingly, often appear detached from the realities on the ground. After the attack at the Pulse nightclub in Orlando, Fla., they marshaled five common pro-gun arguments, all of which crumble under scrutiny:

A good guy with a gun would have stopped it

In discussing Orlando, Donald Trump, the presumptive Republican nominee, mused, “If you had guns on the other side, you wouldn’t have had the tragedy that you had.” It was a clear homage to the NRA’s mantra that the “only thing that stops a bad guy with a gun is a good guy with a gun.”

In this instance, however, we don’t have to ponder how different the outcome would have been had a “good guy with a gun” been present at Pulse, as there was one: a police officer working extra duty. Despite being armed and even exchanging gunfire with the shooter, the officer was unable to prevent him from gaining entrance to the club.

Most armed citizens fare worse than their police counterparts. In an independent studycommissioned by the National Gun Victims Action Council, researchers put 77 participants with varying levels of firearms training through three realistic self-defense scenarios. In the first, seven of the participants shot an innocent bystander. Almost all of the participants in the first and second scenarios who engaged the “bad guy” were killed. And in the final scenario, 23% of the participants fired at a suspect who didn’t actually pose a threat.

Overwhelming empirical evidence corroborates the simulation. Of the 160 active shooting incidents identified by the FBI from 2000 to 2013, only one was stopped by an armed civilian. In comparison, two were stopped by off-duty police, four by armed guards and 21 by unarmed civilians.

Even before most of the details about the Orlando shooting were released, John Lott, a pro-gun commentator, already was proclaiming the dangers of so called “gun-free zones.” Lott argued that “the police only arrived on the scene after the attack occurred.” He also claimed, “Since at least 1950, only slightly over 1% of mass public shootings have occurred where general citizens have been able to defend themselves.” He concluded: “It is hard to ignore how these mass public shooters consciously pick targets where they know victims won’t be able to defend themselves.”

All of this is demonstrably false. There was an armed police officer at Pulse, and he was very quickly joined by two fellow officers. Lott consistently mislabels many of the targets he studies as gun-free zones, ranging from Umpqua Community College in Oregon toHialeah, Fla., and many others. Further, if we examine the 33 mass public shootings in which four or more people were killed between January 2009 and June 2014, the evidence reveals that 18 occurred in areas where guns were not banned or had armed security present.

The clear pattern that emerges from these incidents is that shooters have a personal connection to their target locations — some grudge against them, no matter how misguided. And when shooters choose a place at random, there is no substantive evidence that they gravitate specifically to gun-free zones. The Aurora, Colo., shooter, for example, left a diary spelling out his motivations and plans for the attack, in which he appeared far more concerned about finding a good parking spot than facing resistance. And in Orlando, the shooter clearly knew he was going to face armed resistance as he was a regular customer of Pulse and even tried to purchase body armor with his firearms.

No laws could have prevented the tragedy

Sounding another familiar theme, conservative writer David French opined after Orlando: “The gun-control debate is nothing more than a destructive distraction” and asked rhetorically, “Is there a single viable gun-control proposal of the last decade that would keep a committed jihadist from arming himself?”

In the case of Orlando, the answer is a clear “yes.” In Canada, the gunman could not have obtained a license to purchase a firearm because of his history of domestic violence, signs of mental instability and vocal support for terrorist organizations. If gun-shop owners had to notify the FBI when somebody on or previously on one of the terror watch lists purchased a weapon, agents could have investigated and perhaps prevented the attack. And if there were restrictions on magazine size, the shooter would have had to reload more frequently, which would have given clubgoers a better opportunity to escape or disarm the assailant, mitigating the carnage.

The NRA’s first public response to the Orlando shooting was an op-ed by Executive Director Chris Cox, in which he stated: “Radical Islamic terrorists are not deterred by gun control laws.” This is the newest iteration of the popular talking point that gun laws cannot work because criminals won’t follow them. As Marco Rubio often proclaimedduring the primary campaign: “My skepticism about gun laws is criminals don’t follow the law.”

Applying this logic, why have any laws? If criminals are just going to run red lights, why have traffic penalties? The NRA’s reasoning is a prescription for chaos — and it doesn’t withstand contact with empirical reality.

Whatever Rubio believes, there’s clear evidence that laws do influence criminal behavior. One study, for instance, found that over the past two decades, terrorists in the U.S. have largely abandoned bombs. Why? One reason is that in the aftermath of the 1995 Oklahoma City bombing, federal legislation made it more difficult for consumers to obtain bomb-making ingredients and easier for law enforcement to monitor purchases. This new oversight led terrorists to revamp their tactics, replacing bombs with guns. An investigation by the Trace revealed that 95% of terrorism deaths in the U.S. between January 2002 and August 2015 were caused by firearms.

Guns are just a tool, like knives and hammers

In response to the Orlando shooting, Philip Van Cleave, leader of the Virginia Citizens Defense League, said: “Blame the bad guy, not the tool he uses. If you don’t do that, you’re just wasting your time looking for a solution where none will ever be found.” Similarly, in the wake of the Sandy Hook tragedy, Rep. Louis Gohmert pontificated: “I refuse to play the game of ‘assault weapon.’ That’s any weapon. It’s a hammer. It’s the machetes. In Rwanda that killed 800,000 people, an article that came out this week, the massive number that are killed with hammers.”

Here’s the rather obvious problem with such thinking: Firearms are more lethal than knives, machetes and hammers. Gunshot wounds frequently cause catastrophic damage. And the ability to maintain a quick and steady rate of fire allows a gunman to maximize casualties. There is a reason that American mass killers choose assault-style rifles to carry out their attacks, not knives or hammers.

On Dec. 14, 2012, a man wielding a knife assaulted people at a school in Chempeng, China, stabbing 23 children and one adult. Hours later, a man armed with an AR-15 attacked an elementary school in Newtown, Conn., shooting 20 students and eight adults. At Sandy Hook, all 20 children and six of the eight adults died. In China, there wasn’t a single fatality. The gun made all the difference.

Even the most heart-wrenching acts of gun violence are now so ordinary and routine that writing a timely article about the subject has become almost impossible. One mass shooting replaces another, permitting little time for meaningful reflection or catharsis. While details about the tragedy in Dallas are still emerging, some facts are painfully clear: The shooter was reportedly armed with high-powered weaponry, was clearly undeterred by good guys with guns and indeed specifically targeted those good guys. Yet again, our country’s lax gun laws helped a bad guy unleash horrific carnage.