Debunking the Five Most Important Myths About Gun Control 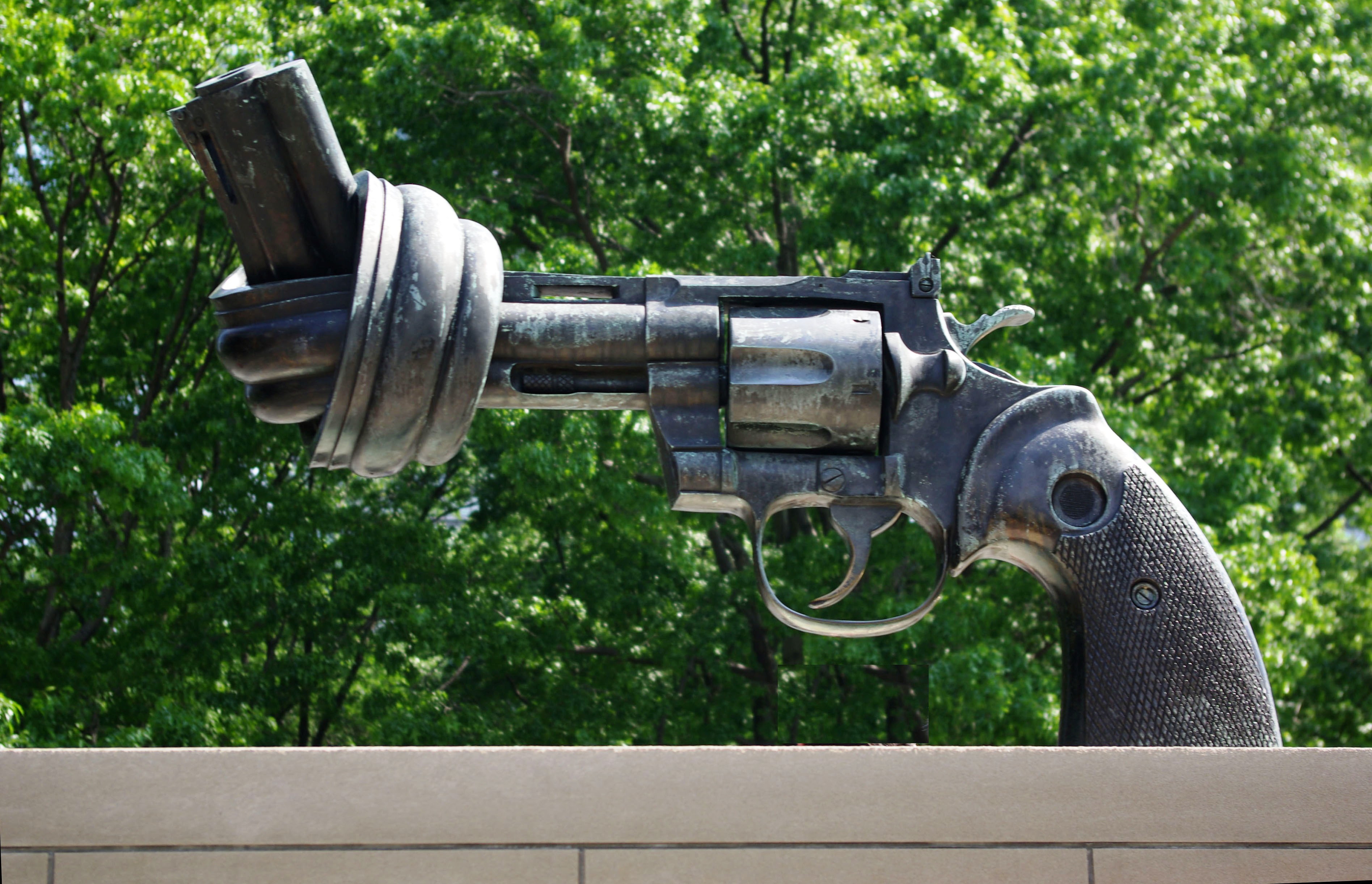 In response to John R. Lott’s book “More Guns, Less Crime,” a sixteen-member panel of the United States Research Council convened in 2004 to address the relationship between right-to-carry laws and crime rates.  They concluded that the existing evidence did not support the more guns, less crime hypothesis. A reexamination of the panel’s findings published in 2010 found that, at best, gun availability has a negligible effect on crime rates and, at worse, causes an increase in aggravated assault rates.  Two Yale professors, Ayres and Donohue, further reviewed Lott’s findings, and discovered that his data contained numerous coding and econometric errors that, when corrected, led to the opposite conclusion—RTC laws only increase crime.  This was the second time Lott presented findings with coding errors, and the embarrassment after Ayres and Donohue’s devastating response led Lott to remove his name from the final paper.

One of the most recent and largest studies to date on gun violence in America concludes that widespread gun ownership is the driving force behind gun violence in the United States.   The study compiled data from 50 states between 1981-2010 to examine the relationship between gun ownership and homicide.   Because no good data exists on national rates of gun ownership, the study used the best available proxy for gun ownership, the percentage of suicides involving a firearm.  After accounting for national trends in violent crime as well as 18 control variables, the study concluded the following: “for each percentage point increase in gun ownership the firearm homicide rate increased by 0.9%”

Lawnmowers don’t mow lawns, people do, but if want to be exceedingly efficient about it with very little effort or time, you will need a lawnmower.  The obvious problem with the “guns don’t kill people” argument is that it confuses proximate and root causes.  We can acknowledge that the root cause of maladaptive behavior is human decision-making, but that says nothing about how proximate causes, such as firearms, exacerbates the effect of bad decisions.

To this end, guns may not kill people, but people with guns do, and they do so more frequently and more efficiently than people without guns.  In five areas: suicides, accidental deaths, domestic violence, domestic homicide, and international homicide, the relationship between guns and death is consistent and robust across time and location.

In response to this overwhelming evidence, gun advocates argue that the problem can be solved simply with even more guns.

Criminals, definitionally, do not follow laws; this is an uninteresting tautology, not a meaningful statement about social realities.  Serial rapists, murderers, and thieves rarely follow laws prohibiting rape, murder, and theft, but that clearly doesn’t mean we should abandon laws that ban such activity.  Just because a criminal doesn’t obey one law does not mean they don’t obey any laws.

Law enforcement, rather obviously, can prevent law-abiding citizens from becoming criminals by forcing people to internalize the cost of breaking laws.   One survey asked prison inmates who did not use a gun to carry out their crime why they chose not to: 79 percent chose “get a stiffer sentence” and 59 percent chose “Against the Law.”

In the case of gun control, dozens of empirical studies show that stricter gun control laws in the United States lower the rate of gun deaths.  International evidence also confirms this point:  Gun buy-back programs in Australia, Firearm Certificates in the United Kingdom,  and rigorous background checks and licensing procedures in Japan, have all been shown to decrease gun violence.

Contrary to the gun lobby’s claim that “when guns are outlawed, only the outlaws have guns,” the experience in both Great Britain and Japan has instead been “When guns are outlawed, very few outlaws will have guns.”  Indeed, gun crime in Japan and England is virtually nonexistent compared to American standards.  In fact, 60% of the time when a ‘”firearm” is used in England, the firearm is a dummy replica or a bluff.

Even a cursory reading of history finds that militias, especially unregulated ones, are overwhelmingly inimical to the functioning of a free society.   In Vietnam, Afghanistan, Cuba, Somalia, Iraq, and southern Lebanon, even while fighting against foreign rule, these countries’ militias actively worked against the establishment of a free state.   Finding developed country analogs for these examples is impossible, as there are simply no wealthy countries, with the exception of Costa Rica, that use militias for self-defense.   For examples closer to home, we can look to how miserably the Ku Klux Klan, the Black Panthers, and Neo-Nazi factions (all examples of real militias) failed to promote a free society.

It is also demonstrably false, as gun advocates argue, that armed populations are never given the opportunity to stop tyranny because they are disarmed first.   Yemen, for example, is the second most heavily armed country in the world (per capita), and is currently embroiled in a civil war between a Western dictatorship and Jihadist groups.   Saddam Hussein, by any definition a tyrant, invigilated over a brutal regime despite the fact that Iraqi people were heavily armed.

The most common form of “armed populations prevent tyranny” is “Hitler took the guns.”  First, the idea that a small group of heavily armed Jews could have succeeded where the Polish and French armies failed is laughable.  Second, the argument fails to recognize that most strict gun control implemented in the Wiemar Republic was implemented to prevent armed coups from materializing by the Nazis or the Communists.  It failed.  When Hitler seized power, he implemented policy in 1938 that actually loosened restrictions on gun ownership.

5. A gun in the home makes you safer

A 2011 study published in the American Journal of Lifestyle Medicine finds that owning a gun in the home increases the risk of accidents, suicides, assaults and homicides, and intimidation occurring in the home.   It made the following conclusions:

Intimidation:  A study of battered women in California found that, if a gun was in the home, it was used to threaten and harm women in 66% of cases.   Fewer than 7% of these women had used the gun in self-defense.   A national random survey found that hostile uses of guns for intimidation, such as brandishing the firearm during argument, or going outside to shoot the gun during an altercation, occurred more frequently than self-defense uses.

Accidents:  Death certificate data from 2003 to 2007 finds that 680 Americans per year were killed through accidental firearm use.   Data from the National Violent Death Reporting System finds that half of these deaths occurred in the home, half of the victims were under 25, and half of all deaths were inflicted by someone other than the owner of the gun (e.g. friend, family member).

Suicides:  More Americans kill themselves with guns than all other methods combined.   Over ten case-controlled studies find that guns increase the risk of suicide occurring at the home for all members of the household.  It is also not the case that gun owners are inherently more suicidal—this has been tested by numerous studies, and the relationship between gun ownership and suicide appears causal.  Because most suicide attempts occur during transient risk periods of impulsivity, lasting less than five minutes, reducing the availability of firearms is one of the most effective methods of suicide reduction.

Homicides:  From 2003 to 2007, 33 Americans per day were murdered with guns.   A very small minority of these homicides were planned, with a large proportion of them occurring during hostile arguments over domestic problems.  These arguments escalate and, in the presence of a gun, often lead to fatal consequences.  One of the most cited studies examining homicide in the home compares 400 homicide victims killed in their home throughout 3 metropolitan areas.  After controlling for multiple variables, the study found that the presence of a gun was a strong risk factor for homicide in the home.  This association was driven almost exclusively by homicide committed at the hands of a family member of intimate acquaintance.

The data are clear: a gun in the home does not make you any safer.

*correction: Previously the article mentioned that the NRC panel met in 2004 and 2010. They only met in 2004, and it was a separate study reexamining the NRC’s findings that was issued in 2010. 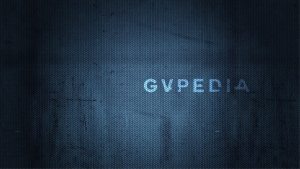